Frank Castorf was born in East Berlin in 1951. He studied Theater Sciences at the Humboldt University in Berlin and had his first engagement as a dramaturg at the Theater Senftenberg. Later he worked as a director at the Brandenburg Theater. From 1981 until his politically motivated termination without notice in 1985, he was head director at the Theater Anklam. In the following years he directed plays at municipal theaters (Halle, Gera, Karl-Marx-Stadt) in the GDR, and since 1988 also in the FRG and Switzerland, plays by García Lorca, Goethe, Shakespeare, Lessing, Lenz, Schiller, Ibsen, Brecht and several texts by Heiner Müller. With the 1992/93 season Frank Castorf became artistic director of the Volksbühne am Rosa- Luxemburg-Platz in Berlin. Castorf also worked as a guest director at other theaters and opera houses, including Basel, Hamburg, Munich, Stockholm, Vienna, Zurich, Copenhagen, São Paulo, Stuttgart and Paris. In the following 25 years he created over 100 productions. His work as artistic director and stage manager has received many awards. Among others, he received the Fritz-Kortner-Prize, the Theater Prize Berlin of the Stiftung Preußische Seehandlung, the Nestroy-Prize, the Prize of the International Theater Institute, the Schiller Prize of the City of Mannheim, the Order of Merit of the State of Berlin, the Friedrich-Luft-Prize, the Golden Laurel Wreath Award of the International Theater Festival MESS, the German Theater Prize Der Faust as well as the Great Art Prize Berlin (2016). His Faust production was last invited to the Berlin Theatertreffen in 2018. 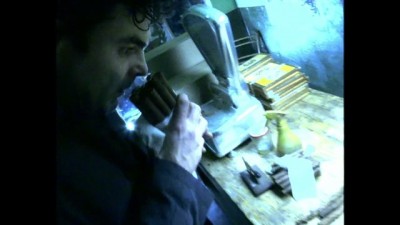