In Samuel Beckett’s absurd drama, the protagonists are moving inexorably towards their apparently irrevocable fate. This play from the year 1956 is about nothing less than the end of the world: Hamm can’t stand, Clov can’t sit. Hamm is the master, Clov is the servant – and both depend on each other for survival. Stuck in two dustbins: Nagg and Nell, Hamm’s parents – the "accursed progenitors" – also unable to leave. Together, they play a never-ending endgame to counter their hopelessness, defying the perishing world with relentless irony and cheerful desperation, because: "Nothing is funnier than unhappiness."

With his production of "Endgame", Robert Wilson transfers a classic piece of world literature into one of his signature highly stylised stage cosmos’.

It’s finished? Not as long as someone is still playing. 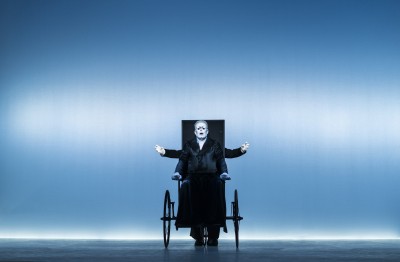 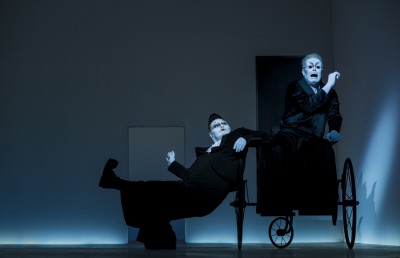 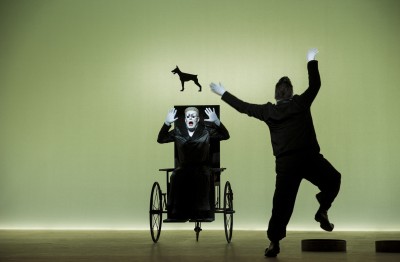 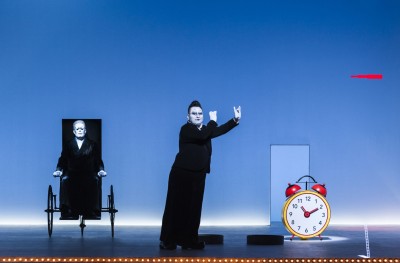 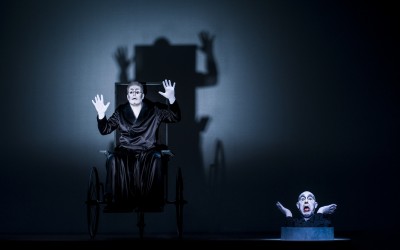 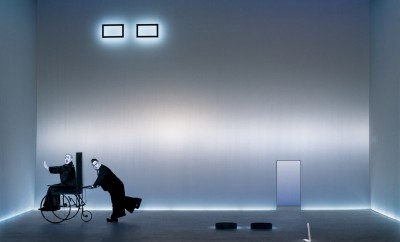 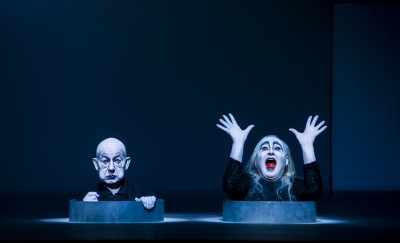 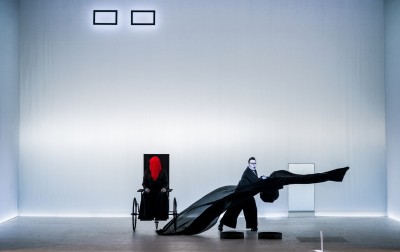 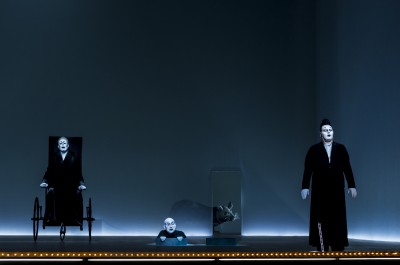 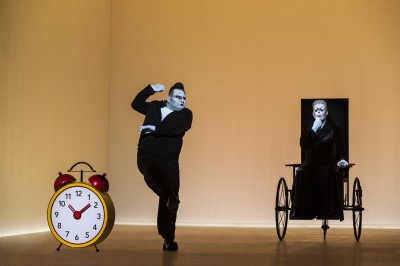 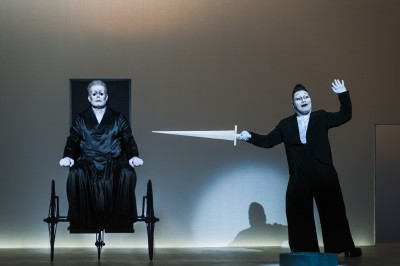 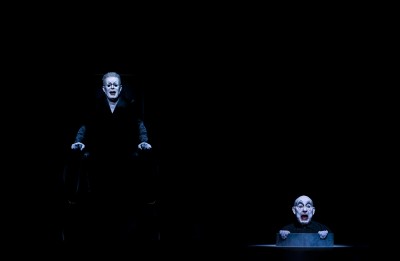 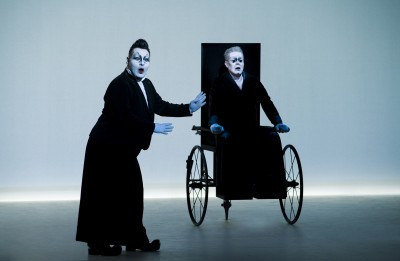 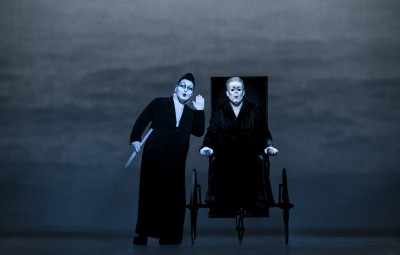 “An elementary experience of light and sound, space and language.”