What if we and the world we know existed at least one more time somewhere in space? What stories would we have to tell if we could meet ourselves in different times? What would the consequences for our actions be if everything were in reciprocity with everything else across time and space? Two companies of actors in Dortmund and Berlin, will play Die Parallelwelt in identical stage environments - separated by a distance of 420.26 km as the crow flies, and yet audible and visible to each other, connected by a fibre optic cable that can pulverise the distance at the speed of light. Kay Voges is interested in the artistic opportunities and narrative modes which digitalisation has opened up for the theatre. Together with his team, he has developed a new multi-media performance at the interface between theatre and film arts as a co-production between Berliner Ensemble and Schauspiel Dortmund. 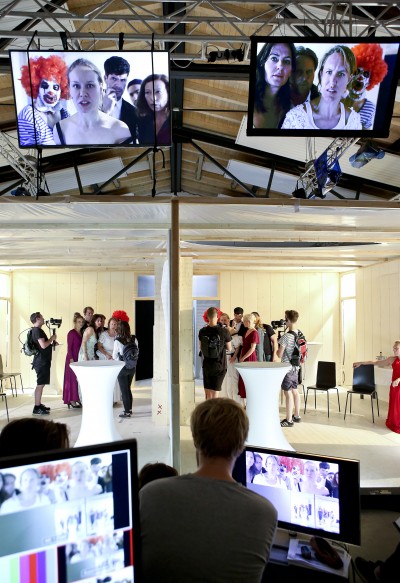 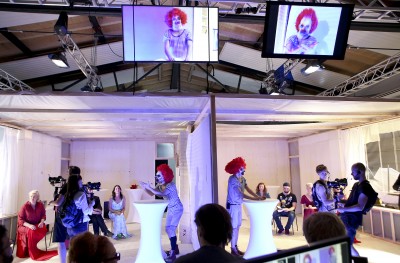 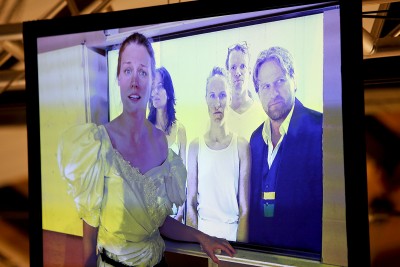 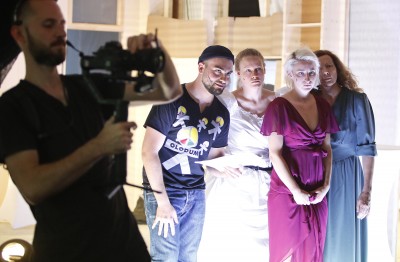 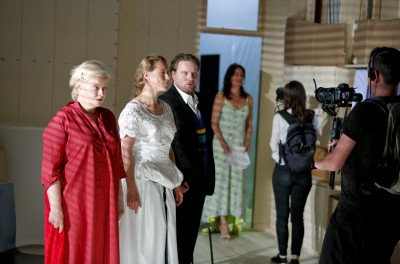 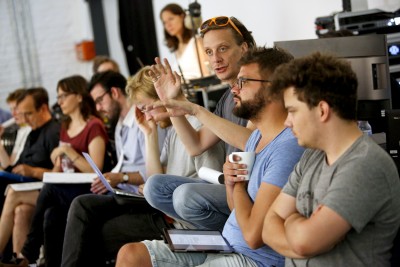 With the friendly support of